Constantly aroused by his animalistic nature, mountain man and moonshiner, Eli Ulbrecht is quick to pounce on the handsome stranger that shows up in his territory. But Ryan Hunt wants to hunt for the one thing Eli cannot let anyone find—a white cougar. While Eli insists there will be no hunting, Ryan’s employer won’t take no for an answer, and Eli isn’t ready to see Ryan leave, so he agrees to help them, finding it the best way to control their search. Besides, how can they find the animal when he is the very beast they hope to capture?

Big game tracker, Ryan Hunt is on an expedition into the remote wilderness of the Appalachians in search of a rare white cougar when he meets sexy backwoodsman, Eli. He can tell right off that Eli is hiding something mysterious from him about the mountain cat, but the frequent sexual encounters between them are a distraction. And each of their unions builds with aggression, until visions drag him into the ultimately rough and feral mating with a cougar. As he becomes closer with Eli, he’s drawn deeper into Eli’s world of witches and moonshine and magic. But can their sexual connection lead to a lasting love or bring about a fatal end for the hunter and his prey?

Eli Ulbrecht stood guarded and motionless in his cougar form letting the morning shadows of the Smoky Mountain forest conceal him. He nosed a low hanging oak branch aside to stare at the strangers getting out of a mud spattered brown pick-up truck.

Interlopers. It made his hackles rise. The erectile hairs quivered the entire length of his straight feline back. His limited interaction with people put his emotions at odds. When anyone showed up in his claimed territory, he became anxious and on guard. They represented danger—to him, to his moonshine business, but especially to themselves.

Concentrated exhaust fumes filled the air. The noxious odor masked the scent of the human intruders. How would he track them if he lost sight of their whereabouts in the forest?

Agitated, he resisted the urge to pace. The strangers might notice sounds. He waited silently, unready to make his presence known.

In studying their movements, as he did when stalking any prey, he noticed the taller of the two moved clumsily. Twice the towering brawny one stumbled over dead branches on the ground.

The other man seemed steadier. He accomplished the task of unloading gear from the vehicle without one misplaced step. His graceful moves in lifting and carrying attracted Eli. It was his instinct to appreciate agility and his personal preference to admire beauty. The man’s profile showed off the handsome features that made Eli stretch his claws and paw the soft soil silently with desire.

He eyed the handsome man with growing interest. His heart skipped beats as excitement rose within him. The short hairs deep in his hide quivered. To scratch an itch beneath his fur, he raked the side of his muzzle against the bark of a tree.

Eli didn’t want the strangers nosing around his mountain, and yet, a deep longing for a companion gave him reason to debate the issue. Seven months of sexual abstinence made it simple to lust. His throbbing penis slid partly out from its protective sheath under his furry belly. The pointed tip quivered.

Was it possible that a gay man had happened into his region? His growing erection extended farther.

He hadn’t been with a man in a long while. The ones he had met down the mountain in town hadn’t captured his attention for more than a few hours. Finding someone desirable and suitable had limits. His remote residence up in the Smoky Mountains placed him far from society, adding to the difficulties of running into the right kind of fellow. Eli had only considered one lover suitable and that was so long ago, he barely remembered that feeling of oneness as Burl Vaughn fucked him.


Eli watched the two men remove other items besides their backpacks from the truck bed. He tried to determine their business being there.

Vacationers on an adventure?

Eli had seen others with those intentions, and rarely, did any of them venture this close to his home. He didn’t want anyone disrupting the balance to his life.

Just how had they had traveled so far into the extreme remoteness Appalachian wilderness? The heavily forested mountains had no roads, except for his narrow motorcycle trail. Some of those paths had barely given him the room to pass between trees. These men arrived in a pick-up truck.

Sight of the guns caused a panic in Eli’s thoughts. Hunters. The worse kind of intruders. What had they coming looking for? He ran through a list of the ordinary animals in the region. Rabbit, quail or was it something bigger? Deer were as plentiful as turkey. Maybe bear? He tried not to include what he was in his present condition, but how could he not add mountain lion to the list of possibilities?

Slowly, Eli slinked forward. He ducked beneath the thorny underbrush to get a closer look at the men and their weapons.

Legends of a pale mountain wraith abounded along the Appalachian mountain ranges and many of them were rooted in fact. From accounts of sudden disappearances to haunting ghost stories, there was one tale that fascinated many.

Did they come to hunt for the elusive white cougar?

The story covered a million square miles. No one really had any idea where to start searching. Known as panthers, pumas, catamounts and painters, mountain lions in of themselves were a rarity. Even the fact they called the rare cougar white, showed they didn’t have any facts right. Eli’s fur was a sandy beige. While paler than any cat he’d ever seen, he never considered his coloring white.

Amateurs and experienced huntsmen alike aspired to have a mountain cat mounted as a trophy in their den. Sought by sightseers, photographers and occasionally hunters, the latter being the most treacherous, he was always careful. Had these two men lucked into the area he lived or did they have clues?

Growling from the underbrush wasn’t going to scare these men away and it wasn’t wise to show them the snarling animal he became. Reasoning had to be his first defense, his safest option. He closed his eyes, shook his furry pale hide and willed himself upright out of his cougar form into that of a man. He quietly picked up his clothing from where he had shed it earlier when he had transformed into the cougar. It was often his habit to remove his garments, although on many occasions in his rush, he let his transformation rip his pants and shirts apart at the seams.

With his blood still sizzling and his skin tingling from his molecular change, he dressed within the confines of the shadows. The men had a preoccupation with checking their gear, so no one seemed to notice his almost soundless movements.

The cool springtime air felt good against his hot skin as he worked his pants up and zipped them closed over his still hard cock. He left his shirt unbuttoned. Shoving his feet into his worn slip-on boots, he kept an eye on the strangers.

Not having a plan to make the men leave created apprehensive, but he had no choice. He strode into the clearing hoping inspiration came soon.

The men noticed him immediately. With an expression of surprise on their faces, they advanced cautiously, glancing around, apparently looking for others with him. Their concern made him more uneasy as if they had something to hide.

“We didn’t expect to see anyone around here?” the taller man said as he trudged forward toting a rifle in the crook of his arm. “You a camper?”

“Something like that. I live here,” Eli answered evenly, keeping his nervousness hidden behind a veneer of self-confidence. As a man, he could hold his own in a fight. As a mountain cat, he had an advantage of strength. Neither form had the ability to survive a lethal gunshot.

“You can’t live here.” The man challenged, a scowl furrowing his thick black eyebrows. “This land is part of a national park. The government owns it and people ain’t allowed to live on government land.”

Eli lifted his arm and pointed in the direction they came from. “State park border ends a mile down the mountain,” he told them, thinking they’d not believe anything farther.

“That’s impossible,” the tall man declared. “Government land extends all the way to—”

“Shut up, Hanks.” The other man suddenly spoke in a tone that said he was in charge. “I’m Ryan Hunt and this is Erasmus Hanks. He tends to think he knows everything. While I’ll admit, we were under the impression this park covered most of the mountain, we’ll trust your word it doesn’t. I mean who else would know better where land boundaries are than a landowner.”

Eli evaluated the threat of Ryan. His passive tone, unwavering stance and in-charge attitude posed more trouble than that of the blathering idiot’s did. It wasn’t to say that Hanks hadn’t had his facts right. The government did own that part of the territory, but Eli wasn’t going to admit it. He aimed to get the men to leave.

A smile tugged at the corner of Ryan’s mouth and dimpled his cheeks. “Not being government land works for us.”

Eli’s chest tightened. He refrained from rubbing his hand over the center to dispel the sensation.

“We were looking to hunt and private land is much better, isn’t it Hanks?” Ryan continued. “No law against it as long as we got the owner’s permission, right?”

Hanks’ strange laugh lacked the same amusement in his expression. “Yeah, we don’t want to break the law.”

“I don’t allow hunting on my land,” Eli informed them quickly.

Hanks made a disgruntled noise as if he prepared to argue, but Ryan elbowed him in the side, stopping the noise of complaint.

“Not ever? We can pay.” Hit by sunlight in the face, Ryan squint his mesmerizing green eyes until he repositioned his brown hat with a downward tug.

“The land is rough and dangerous.” Eli tried using sound reasoning. “It’s not a good idea unless you’re familiar with the area.”

Eli had more than one motive to keep the men from wandering the forest—his moonshine still. The illegal aspect of the operation never concerned him as much as having trouble with thieves. He lived too out of the way for the government to catch wind of his small business, but the unsavory men he sold his liquor to always gave him strong cause to be suspicious of people.

Only a year back, two men came looking to take over. Having them search for the still in a cave helped him get rid of them easily. All he’d had to do was extinguish their lanterns so they couldn’t see him as a cougar. They left with deep wounds and his warning that if they ever came back he’d let his mountain cats kill them. He never saw either of them again.

A breeze swept Eli’s shirt open, exposing more of his chest. Ryan’s gaze dropped and lingered there. Either Eli’s nipples hardened from the chilling stir of air or Ryan’s scorching stare. The onslaught of desire rolled into his groin. He resisted the urge to adjust his stiffening cock in his pants.


Ryan’s mindless lick of his lips changed Eli’s focus. The obvious sexual interest made it harder to concentrate on ousting the men from the area. Eli had craved the enjoyment of a man and now he had the perfect specimen of one in front of him. 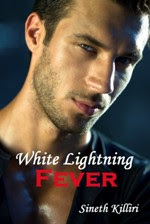 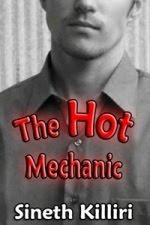